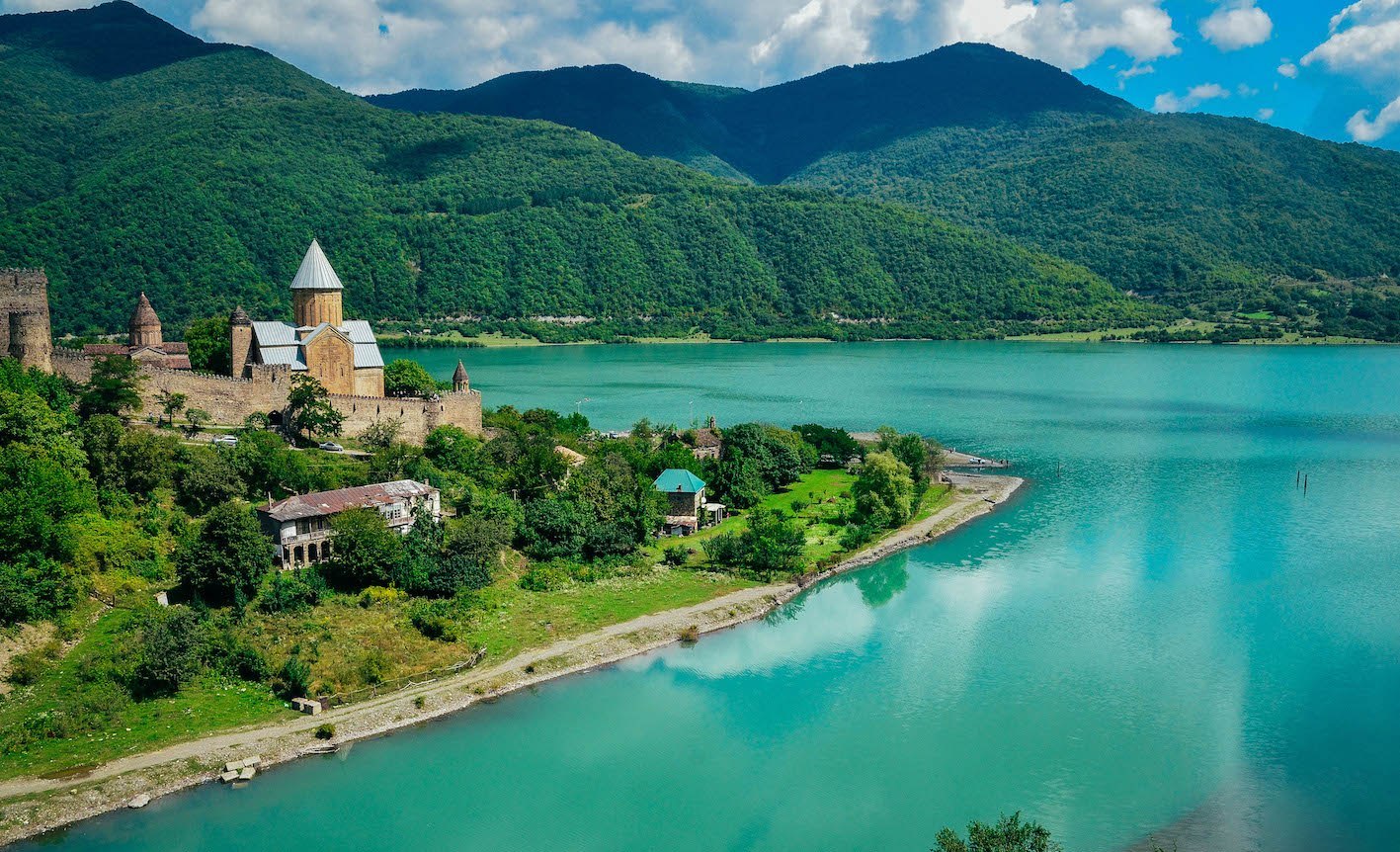 Day 2 Breakfasts in the Hotel

Darial Gorge: It is the gorge on the border between Russia and Georgia. Darial was historically important as the only available passage across the Caucasus and has been long fortified — at least since 150 BC. Ruins of an ancient fortress are still visible.

Gergeti Trinity Church: The church is situated on the right bank of the river Chkheri , at an elevation of 2170 meters, under Mount Kazbegi. The Gergeti Trinity Church was built in the 14th century and is the only cross-cupola church in Khevi province. Its isolated location on top of a steep mountain surrounded by the vastness of nature has made it a symbol for Georgia.

Breakfast in the Hotel

On the way visiting Jinvali’s Reservoir and Ananuri ensemble

Ananuri- dating from 17th century is located on the left bank of the river Aragvi. Ananuri was a castle and seat of the eristavis of Aragvi, a feudal dynasty which ruled the area from the 13th century. The castle was the scene of numerous battles. In 2007, the complex has been on the tentative list for inclusion into the UNESCO World Heritage Site program.